The Most Exhausting Day for Vilo Redd 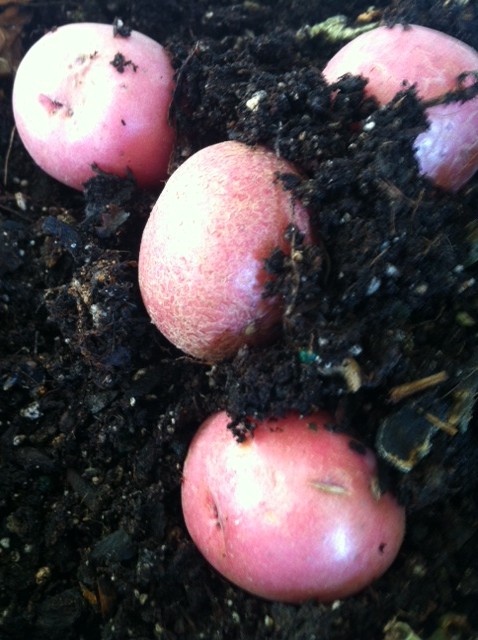 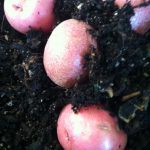 Acres of potatoes ready to bag

Vilo Redd 1901-1988, daughter of William Alexander Redd 1861-1911,  grew up in Raymond, Alberta, Canada. Vilo was 15 years old the year her brother-in-law, George Laycock 1893-1946, planted about 8 or 10 acres of potatoes to sell. Vilo writes about an experience helping George that turned out to be the most tiring day of her life:

“It was in October [1915] and cold and stormy. Finally it dried out enough to dig [the potatoes], but it was still too cold to leave them unprotected. They must be sacked and stored in the temporary pit and covered over until they could be delivered to the distributor. George came into town to find someone to sew the sacks after they were filled. The woman who had promised to do it was ill, and he would find no one. He came to the house and phoned every one he thought might be a possibility, but no one was available.

I was washing, but I told him if he’d wait until I got the batch out I was working on, I’d leave the rest and go try the job. I nearly froze my hands because I couldn’t sew with gloves on, and trudging through the great chunks of soil adhering to my boots was a mighty harrowing experience. Up and down that plowed field dragging 20# of grunts feet with me. But finally the sacks were all sewn shut and hauled to the deep hole and covered with straw to prevent them freezing. It was 10 o’clock at night when we finally finished, by lantern light. I was so weary I could hardly walk.

Never before or since, have I been so tired and I’ve been tired many times, but never so totally exhausted. When I’d fall asleep, I’d have the sensation of falling right thru the bed. Between the cold, the heavy burlap bags and the binders twine I used to sew the sacks, my hands were almost raw, but several tons of potatoes were saved and I felt good about it.”

Except taken from “Life History of Vilo Redd” by Vilo Redd